Many homeowners here in Massachusetts have been considering the future of their home energy lately, with home energy bills on the rise as more families are working and learning from home. The energy savings makes the investment in solar worth it for many homeowners all over the country, but what about here in the New England climate? How does snow affect solar energy production, and will snow panels make snow accumulation more dangerous?

As the number one Massachusetts based residential solar installer, Boston Solar knows what it takes to design and install a successful solar PV system through all four seasons here in New England.

Types Of Snow Guards For Your Solar Panels

Snow itself does not have much of an effect on solar production. In fact, the colder temperatures and light disbursement of snow make solar production better, in some cases. Solar panels are also designed to melt and slide off any snow accumulation that would prevent them from converting the sun’s rays into electricity, which is good for generating renewable electricity but can cause a potential avalanche threat on your roof.  Large amounts of snow sliding off your roof is not only dangerous for your family but it could potentially damage your property and landscaping.

Snow guards, snow pads, and snow rails can be installed on the roofing material or the solar panels themselves to prevent snow from developing into dangerous sheets of snow that could slide off in an avalanche, keeping your home, family (and your solar production) safe.

At Boston Solar, we install two different types snow guard barriers by Alpine SnowGuards, depending on the design, direction, and pitch of your roof:

A solar snow rail is a continuous bracket, attached to the bottom of the solar panel array.

A solar snow pad is a much smaller bracket, installed in between each individual solar panel.

Each of these snow guards is designed to slow the melting and sliding of snow accumulation, reducing the risk of an avalanche event. When determining which solar snow guards we use, we will also consider the brand and type of solar panels you choose to install. No matter what solar PV system you have installed, Boston Solar will ensure to install the right snow guards to keep your avalanche risk at a minimum.

Solar Panel Snow Isn’t The Only Thing To Consider!

A well designed system of solar PV panels will consider all safety and maintenance factors, including solar-sabotage-by-critter! Critter guards by SolaTrim and Snapnrack are also installed on many Boston Solar’s solar energy installations to prevent squirrels, rats, mice, and other insects from gnawing away at the wiring of your solar PV system. Most critter guards prevent pests from infiltrating the area underneath solar panels, with a bracket that is attached to a clip on the sides of the panels, although the critter guards we install may vary slightly, depending on design and manufacturer specifications.

If you want to get the most out of your new solar installation for your Massachusetts home, you’ll need a solar designer and installer that is based here in Massachusetts! The climate here in New England is no small consideration, and when you trust Boston Solar, you can know your solar panels are designed with all four seasons in mind.

Are snow guards right for your Massachusetts home? Learn more about snow guards for your solar PV system from the solar installers at Boston Solar—call 617-858-1645 or get in touch here. 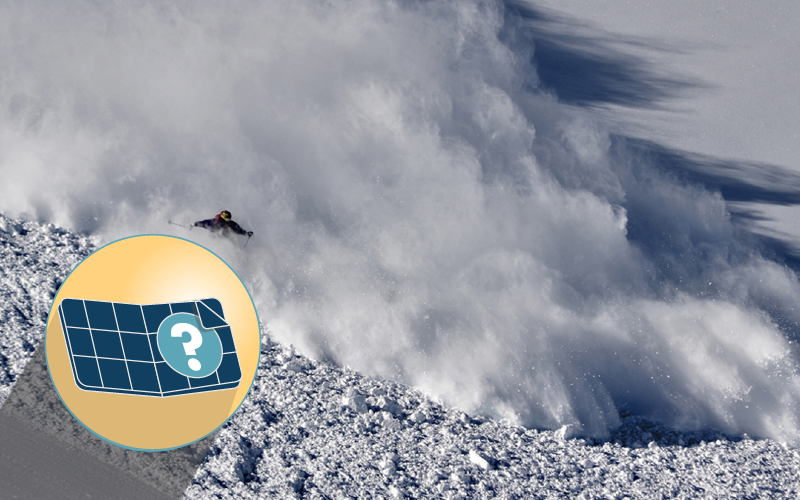