The ongoing energy crisis in Texas has exposed underlying weaknesses within the state’s electricity grid, leaving many of us in Massachusetts wondering whether our grid infrastructure has the resiliency needed to handle severe weather, or if the same kind of blackouts could happen here, too.

The short answer to that question is no, probably not. Massachusetts’ grid is better prepared to handle major winter storms and high demand during both the summer and the winter seasons thanks to weatherization and inter-state interconnection— elements that the Texas grid is lacking. But severe, unseasonable weather is becoming increasingly common due to climate change, and what’s happening in Texas serves as a wake-up call for the entire country to prepare and modernize its energy production and grid transmission processes for extremes.

What Happened in Texas?

As temperatures hit record lows across Texas during winter storm Uri, hundreds of thousands of people turned on their heaters, and demand for electricity soared far beyond the available supply. Normally, the Texas grid is only under this kind of strain during the hottest summer months, when air conditioning is a survival necessity, and it wasn’t prepared for such overwhelming demand at this time of year. Here are four of the main reasons why:

Texas derives its energy from several different sources, including natural gas, coal, nuclear, wind, and solar. Uri caused problems with every fuel type, from freezing gas lines to icing over wind turbines. This made it impossible for the grid to meet electricity demands, as it lost a staggering amount of energy, most of which was attributed to problems with natural gas, coal, and nuclear energy plants and pipelines. Windmills and solar panels underperformed as well, but to a significantly lesser extent.

Because winter is historically mild in Texas and the demand for electricity tends to be lower than it is in the summer, natural gas plants are often shut down for maintenance during the winter months. Many were already offline prior to Uri and unable to start back up on such short notice, which put further pressure on the already strained grid as the storm rolled through.

These kinds of problems can be prevented with weatherization, which is a common practice in northern states, but Texas’s grid was not designed nor has it implemented wide-scale weatherization of its grid. Though weatherization guidelines were developed in the aftermath of winter storms Texas saw in 2011, they were voluntary and had not been widely adopted.

Many of the problems with Texas’ electric grid stem from the fact that the grid, like the state, is a lone star. Texas operates its own internal electric grid, and it is largely disconnected from the grids serving neighboring states. Because of this, it is unable to call for backup from neighboring power grids during an emergency.

How Does Massachusetts’ Electric Grid Work?

Like Texas, Massachusetts sources its energy from multiple sources, with natural gas being the most prominent. Coal and oil production has fallen sharply over the past two decades, and the state’s sole nuclear power plant closed permanently in 2019. Massachusetts requires that a certain amount of the electricity that utilities sell be derived from renewable resources—solar and hydro energy are widely used across the state and offshore wind development projects are underway.

Massachusetts uses more energy than it produces, but because it is interconnected with the regional grid, it can access electricity produced in neighboring states. This interconnection not only gives Massachusetts access to the power it needs day to day, but it also provides a safety net that can be relied on during weather emergencies.

ISO-New England (ISO-NE) makes this interconnection possible. ISO-NE oversees the generation and transmission of power across all six New England states. Its operators work 24/7 to monitor the grid and ensure an adequate supply of power is always available to meet the expected demand. As a contingency plan for power outages and system failures, the ISO-NE maintains backup power reserves that can be called in should a system disturbance occur.

The Massachusetts Grid Is Weatherized

The New England grid is also designed to function during extreme cold in a way that the Texas grid is not, due to the local climate. Weatherization measures are taken seriously throughout New England and Massachusetts’ grid is built to perform during high demand periods in both the summer and winter months, when electricity use tends to be at its highest.

Massachusetts Is Working To Strengthen Its Grid

For all its strengths, however, the Massachusetts electric grid is not invincible. Severe weather, faulty equipment, and human error can and do cause blackouts in Massachusetts. But the state is taking steps to ensure grid resiliency that prioritize conservation, energy efficiency, and demand reduction.

Large-scale efforts are at play as well, with aggressive, state-wide goals, policies, and financial incentives in place to help utilities become more energy efficient. This has led to Massachusetts’ ranking as the number one state in energy efficiency for nine consecutive years and just behind California in 2020. Thanks to the measures in place, Massachusetts’ utilities achieved among the highest-reported levels of electric savings in the country.

Massachusetts has long been a national leader when it comes to renewable energy and energy efficiency, and was the first state to require utilities to modernize the electric grid. The modernization of the grid leads to many benefits for Massachusetts residents, like better electricity reliability during increasingly severe weather conditions. The benefits of modernization extend to the entire country as well by addressing climate change and taking active steps to slow its effects.

What Does All This Mean for Massachusetts Homeowners and Businesses?

As Massachusetts continues to modernize its grid and offer energy efficient and renewable incentives, more and more residents will be encouraged to install solar panels and battery storage. Doing so reduces the demand for grid-generated electricity, lessening the strain on the grid and improving its resilience. Through programs like net metering, SMART, and ConnectedSolutions, the electric grid gains access to additional sources of power during normal and peak demand periods, helping to offset contingencies and making electricity more reliable for everyone.

With widespread power outages on everybody’s mind in the aftermath of the Texas blackouts, questions about solar energy and battery storage are surfacing, with many homeowners and businesses asking, “If I have a power outage, will solar panels work?”

Grid-tied solar panels are shut down during power outages as a safety precaution. However, if you have a backup battery in place, like Tesla Powerwall, a power outage won’t leave you in the dark. Solar batteries can be used to power key appliances and medical equipment during a blackout, protecting you and your family against a potential catastrophe. Solar batteries can also greatly benefit emergency facilities, like hospitals and fire departments, keeping them running during an outage.

Solar plus battery storage is an integral aspect of an all-electric future, but no one source of power is to blame for the historic blackouts in Texas and no one solution will prevent similar events from happening again. Instead, we must invest in widespread measures including demand response programs like those in place here in Massachusetts as well as utility-scale clean energy generation, transmission and storage, building controls, and more to address the climate crisis and ensure reliable access to electricity throughout the country.

Boston Solar is a locally owned and operated solar energy company that is committed to helping Massachusetts meet its clean energy goals. We install solar panels and battery storage systems for homes and businesses throughout the state, and we would be happy to answer any questions you have about solar energy. For answers to common questions, take a look at our FAQ page, and give us a call to find out how you can protect your home against an outage and contribute to a more resilient, energy-efficient grid by having a solar energy system with battery storage installed.

Get a free solar quote from the solar energy experts at Boston Solar. Call 617-858-1645 or contact us here to schedule a consultation. 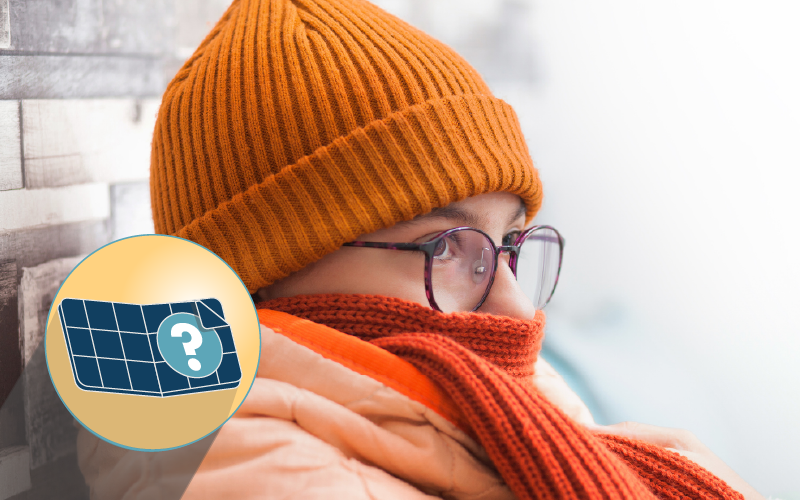 Solar + battery storage can protect against blackouts.
Get a free quote for your solar project.