The topic of energy independence has made its way into more and more conversations lately, as homeowners are paying the higher energy costs associated with spending more time in their own homes as well as continuing to be affected by seasonal power outages. If you have done any research into energy independence, you may already know about solar plus storage, solar batteries, or even the Tesla battery storage option, Tesla Powerwall. But did you know that solar battery storage qualifies for lucrative utility incentives, rewarding you for reducing your energy load on the power grid during peak demand periods?

If you pay your electricity bill to National Grid or Eversource here in Massachusetts, this incentive is for you. National Grid and Eversource partnered with the Massachusetts Clean Energy Center (MassCEC) to sponsor this solar battery storage incentive program called ConnectedSolutions for residential and commercial customers. The goal of this incentive is to reward customers that reduce their grid-provided energy usage during peak demand times as a way to reduce the overall stress on the electricity grid. How can this happen, you might ask? Let’s review what solar plus battery storage really is.

It is commonly misunderstood that by installing a solar photovoltaic (PV) system in your home, you will no longer be connected to the grid. Unfortunately, this is not true. Solar PV systems are required to be connected to your electricity grid and electric meter. This means that when there is an unexpected power outage from a falling tree, a large storm, or an aging power grid, your home will still lose power as your panels will be turned off for grid safety.

How The ConnectedSolutions Program Works

This Massachusetts demand response incentive works by utilities paying you for using renewable energy from your battery storage system.  This type of program is often called a “bring-your-own-battery” incentive. Program-qualified inverters connected to your solar battery such as, Tesla Powerwall, will be sent a signal from the utility to use battery stored energy during peak demand periods up to 3 hours at a time to help make the grid more sustainable.  This in turn not only helps secure the grid during spikes in demand - like a hot summer’s day, but also helps to reduce air pollution and lower overall electricity costs.

It’s based on a five-year timeline from when you sign the incentive contract with your utility and pays out twice a year with homeowners receiving up to $1,500 each year. These payouts are based on the summer and winter seasons, and compensation rates will be based on the season and your system’s performance such as size and configuration.

What is Demand Response?

According to National Grid and the ConnectedSolutions program, “demand response is when participating customers reduce their electricity usage to help lower the demand for electricity at critical times—during peak periods when energy use is at its highest.“

How Long Will A Demand Response Event Last under ConnectedSolutions?

Demand response is measured during what is called a discharge event, which is, in essence, a high demand period that lasts a maximum of 3 hours between the hours of 2pm and 7pm when your solar battery will be signalled to be used.

How Much Are The ConnectedSolutions Incentives Worth?

Compensation rates for homeowners are $225 per kWh in the summer when demand is higher and $50 per kWh in the winter. We broke down the numbers on how much you might be able to expect from your ConnectedSolutions payouts in a recent blog on battery storage, and found that there are hundreds of dollars available in payouts! The maximum payout is $1,500 per year, meaning under the 5 year contract you could receive up to $7,500.

With all these savings now on the table for you to take advantage of over the next five years, you can greatly reduce the payback period of your solar plus storage system. And after that, you can sit back and enjoy not having to pay an energy bill and the peace of mind that comes from knowing you’ll be able to keep the lights on during a power outage!

As the number one Massachusetts based solar installer, it was a no brainer for us to install Tesla Powerwall for homeowners all over the state. This is the most well known solar plus storage system available and can be discreetly installed in tandem with your solar panel system so you have access to all of the renewable energy your solar PV system produces throughout the day. Here in Massachusetts, Tesla Powerwall is installed inside your home, not on any exterior surfaces.  Plus, Tesla Powerwall and its inverter, qualify for the ConnectedSolutions program.

If you are looking to take advantage of the ConnectedSolutions battery storage incentive, SMART and the Federal Investment Tax Credit, or any other solar incentives here in Massachusetts, get in touch with Boston Solar.

We can answer all of your questions on how to claim these incentives and tax credits and even help you to understand the HEAT loan, which allows you to finance the battery storage portion of your solar installation at zero interest over seven years sponsored by the MassSave program.

Home solar plus battery storage keeps the lights “on” and your energy bill “off”. Learn more about solar battery options and how to take advantage of the ConnectedSolutions program by calling Boston Solar. Schedule your free solar quote by calling 617-858-1645 or you can contact us here. 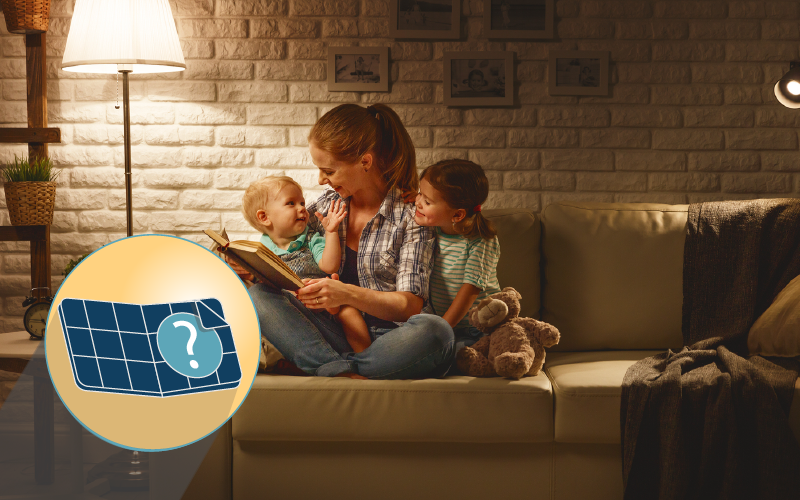