What Does Brookline’s Ban on Fossil Fuel Pipelines Mean For Renewable Energy?

From the New York Times: “In the absence of a federal commitment to addressing climate change, states and local communities have adopted their own carbon goals.”

This is starting to hit home for Bay Staters, as the city of Brookline has followed suit with Berkeley, CA (and 14 other California cities) to ban all oil and gas piping on new construction projects. So who will be affected by this carbon-reducing regulation, and what does it mean for the future of renewable energy here in Massachusetts?

What The Fossil Fuel Ban Means for Current Brookline Homes

The new law should take effect as of the first of the year 2021, and is a ban on new construction homes and buildings. So, as long as you aren’t planning to buy or build a brand new home or business after 2021, this pipeline band likely won’t have an immediate impact.

What The Fossil Fuel Ban Means for The Future

The long term goal of this measure (which passed by an overwhelming majority) is to reduce carbon emissions related to fossil fuel energy sources, paving the way for renewable electricity and the “all-electric” home.

The “all-electric”, or “electrify everything” movement has picked up steam in recent years. Utilities in California have started offering thousands of dollars in rebates for homeowners to switch their outdated, inefficient, or fossil-fuel burning appliances to modern, all-electric equipment. But the most important part of the electrify everything movement isn’t the electricity itself, it is how that electricity is generated.

Paving the Way For Solar in Brookline

As Brookline (and the rest of the state) prepare for an electric future, homeowners are going to need to consider how they get their energy. The previous cost of natural gas and oil will eventually be absorbed into an electricity bill, and as the prices of electricity continue to fluctuate, the solar rooftop potential of Brookline is going to look more enticing.

As the first city in the state to pass legislation of this kind, Brookline solar panel installation will be a financially sound, and safe investment for an all-electric home, especially considering the devastating gas line explosions of last year.

Getting Ahead Of The Game

The immediate impact of this new law may not be substantial, yet. However, as you look to the future of how you and your family cook, clean, and keep your home comfortable, it is clear that changes are on the horizon. When it comes to solar energy, the earlier you can start using solar power in your home, the more you stand to save.

If you have been looking for a solar contractor in Brookline, Massachusetts or a solar installer for your home in the Greater Boston area or along the North or South Shore, Boston Solar is here to help you understand, and plan for, an all-electric future. As the number one Massachusetts based solar installer, there is no better ally for developing a plan to power your home with renewable solar energy, and we can help you navigate the income you can receive from the SMART program, net metering, the Federal and state solar tax credits, and more.

Looking to get an idea of what a future of solar energy will look like for your home? Get a quote at no cost, from Boston Solar by calling 617-858-1645 or get in touch here. 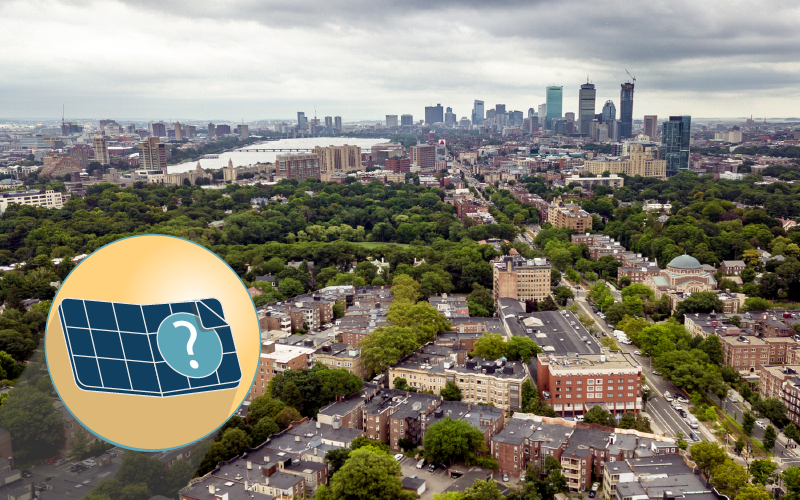