Solar Panels - Are There More Where It's Sunnier in the USA?

Solar Panels - Are There More Where It's Sunnier in the USA?

In order to find out if solar panels are more common in sunnier parts of the USA, let's backtrack a bit to understanding what solar energy is, how it works, and finally where it is being used.

Now, solar energy is one of three major sources of alternative, renewable energy (next to wind and hydro). Just 10 years ago, if you were driving around and you saw an array of solar panels on someone’s house or on a building, or even above the streetlights, it was still seen as unusual and as a bit of a environmental craze. Nowadays it’s becoming increasingly mainstream and is seen as a great source renewable energy. So how does it really work, and why is it such a great source of renewable energy?

A Little Insight Into Solar Energy

Solar panels are in fact what are called photovoltaic (PV) modules. These modules consist of multiple solar cells that absorb light and convert that into direct current (DC) electricity. Each module, or panel, can in turn be linked together in an array to increase the solar electric power produced, and the current produced by this array is often then inverted into alternating current (AC) to power buildings.

Unlike natural gas and oil, solar energy is forever renewable, and really is quite reliable and safe, with each solar panel lasting over 30 years with little to no maintenance. It also reduces your environmental footprint, thus being a great ‘green’ alternative. And finally, using solar energy ultimately saves you money on your energy bill.

Now you may be wondering if photovoltaic power would be effective where you live, and why more people aren’t using solar energy. Some doubt whether less sunny climates should use solar panels. This is a common deterrent, and actually a misconception attached to how solar panels work. While PV systems do rely primarily on light, other factors like temperature, angle of the sun rays, position on the hemisphere, and shade & dirt also affect energy absorption. Surprisingly then, absorption of photovoltaic energy might be greater in sunny cold Michigan than in burning hot Arizona simply because heat decreases the ability of solar panels to absorb energy.

The point is that in reality solar panels, even in cloudy areas like England, can produce nearly 50% of the energy an average household needs. This can means it can really cut out a chunk of your electric bill. (Incidentally, solar power is not just used to generate electric power, but also heat, and so can be another great energy-cost-saving method. But that is another story entirely).

One drawback is that solar panels are not the very cheap to install. That, along with it definitely still being an alternative (and so not commonly thought of) energy source, may make people shy away from using solar electric energy. That’s why it is good to look into incentives, whether federal or state, or non-profit, that might relieve the cost of getting solar panels. Because of some great incentives like the one initiated in Boston, Massachusetts, they are concretely working towards having photovoltaics definitely pay off in the long run.

The Case for Solar Energy in Massachusetts

Massachusetts has accumulated 40+ megawatts (MW) of solar power production, up from 0.5 megawatts in 2007 - an 8000% increase!! If one looks at the list of states using the most solar energy, Massachusetts, along with New Jersey, Connecticut and New York, ranks among the top 20 states producing solar energy. It is commonly assumed that the Southern states produce the most solar energy, and that they are more suitable for solar power incentives. And yet these northerly states are quickly becoming the top producers of clean energy in the USA. Certainly, where it is sunnier in the USA there are not necessarily more solar panels. 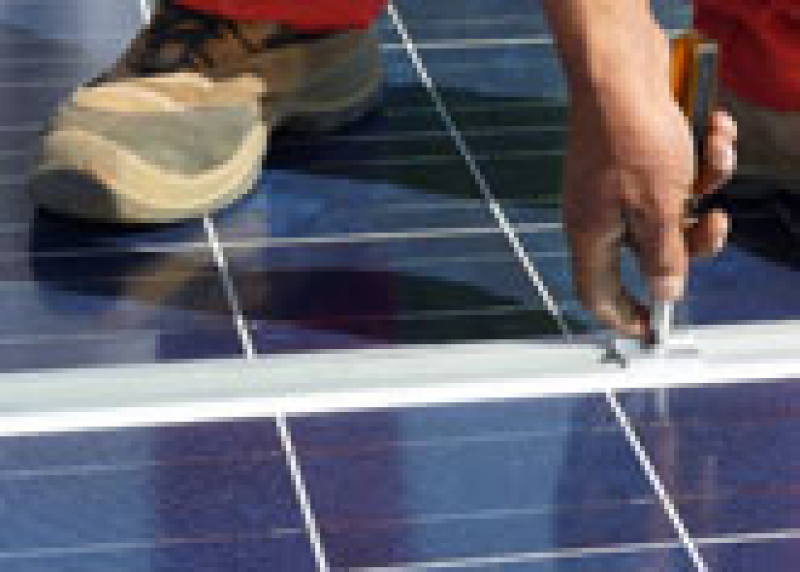