Selling Your Home with Solar

The real estate market in Massachusetts is highly competitive; however, what’s great to learn is that solar powered homes actually have more value than non-solar homes. This is due to the equity in the panels, energy savings, and the social value of being environmentally friendly.

How do we know that’s true? Dana Goodman, Community Programs Specialist at Boston Solar, recently spoke with Boston Solar customer Dana Evans about her journey selling her home with solar panels on it. Read her interview here:

Dana Goodman: Why did you choose to go solar on your home?

Goodman: Tell me about your electricity costs.

Evans: I had electric heat in my basement, and it was prohibitive. My heat costs were $250 up to $310 in the winter.

Goodman: After you installed solar, how long did it take for your bills to go down?

Evans: It was immediately; it was in the first month. At first, it was subtle. But, then the next month it was amazing. It just completely pays for the electric.

Goodman: So, what year did you go solar? And how long had you owned your house up until that point?

Evans: I went solar in 2015 and I have owned the house since 1996.  I looked into going solar, and it took me about three years to find someone that I really wanted to go solar with. I saw Boston Solar on a truck at the base of the road in my neighborhood in Waltham, and I took down the number and called it up.

Goodman: What were your criteria for choosing a company?

Evans: Well, I wanted someone who had good reviews and was based in Massachusetts. I didn’t want someone who was far away because then what do you do? I wanted someone that could do something right here and look — I made a good decision. Now the people who purchased my house have the same lease, the same company. So, wow, that was serendipitous good luck.

Goodman: What did you you enjoy about the process?

Evans: It was fairly simple. There was a little bit of research getting my information in order. All in all they were very smart and so was I.

Goodman: You went solar in 2015, and then you sold your house recently, so how long did you have the solar panels before you moved?

Evans: I had the panels for two years — they were still in the best condition. They hadn’t deteriorated at all or anything.

Goodman: What happened when you went to sell your house with the panels? How was the process?

Evans: It’s unremarkable. The new owners had some questions, but because of the $500 credit, I gave them they were ok with the deal. They certainly weren’t losing anything, they weren’t starting from scratch, they were getting panels that were over-generating and they were getting $500 on their electric bill. I had no problem giving them that because I had enjoyed such over-generation from those panels that I was actually giving [a neighbor] down the street 30% of the over-generation which ended up being $50 in the summer, and about $25 in the winter. The new owners were getting a huge bonus on their electric bill. And how could I complain? The biggest problem is that people just don’t understand how good it is with solar.

Goodman: So, you had said that solar added value to your home. Tell me about that.

Evans: Ideally, anything adds value to your home if it increases the amount of money you had put out, but this increased my bottom line. I was paying less for electricity than I was actually using. That’s part one. Part two is that my neighbors were benefiting from my electricity because I was using the Form Z from the electric company and transferring the extra energy. So, that’s how I think it made my house more valuable. It ended up resulting in a $16,000 value over the expected selling price.

Goodman: To end, is there anything I missed about your Boston Solar experience that you want people to know?

Evans: When I first started talking to Boston Solar about wanting to get 100% of my electricity covered by solar, they said, “We can probably do 85% to 99%” and I insisted on covering as much of the roof as possible. I was concerned about a tree and I had them do shade studies to be sure it wouldn’t be a detriment, and we ended up not taking the tree at all. They did a shade study to prove that I could keep that tree. It worked out very nicely. And as far as the new owners, if you knocked on their door I think you’d get a good interview from them.

Looking for a home investment that will increase your home’s resale value? Consider a solar PV system. Request a free quote by filling out the form on this page to learn more about the financial benefits of solar. 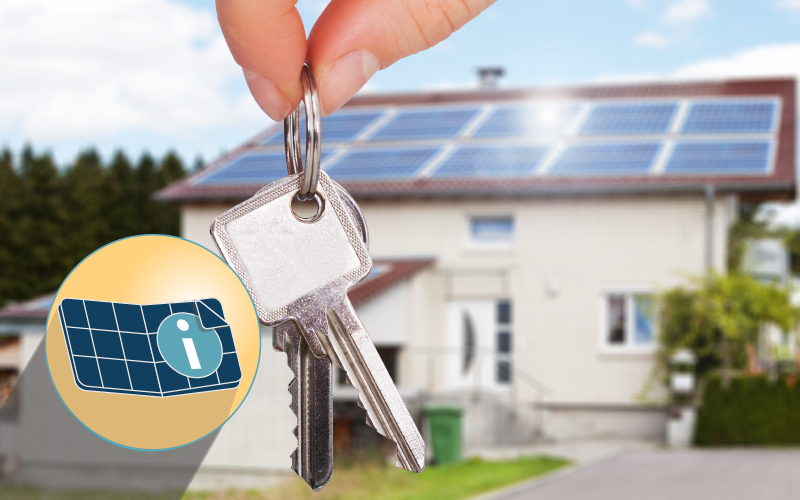