If you’ve spent any time on our blog, then you may be familiar with the economic and environmental benefits of solar — for both homeowners and businesses here in Massachusetts. Investing in clean solar energy is an excellent way to offset your electricity usage, reduce your carbon footprint, and stay protected from rising energy costs. But did you know that solar offers benefits for the local community as well?

According to MassSolar, $22 billion flows out of Massachusetts every year in order to purchase coal, oil, and gas. Solar allows homeowners and businesses alike to keep their energy sources local. In fact, every dollar invested in solar creates $1.20 in benefits for the local economy.

If you live in a Green Community like Boston, Westwood, Sutton, Longmeadow, Brookline or Scituate, you, especially, can observe the benefits of a green economy. Green Communities receive grant funding for renewable energy projects like weatherization upgrades for schools and municipal buildings, LED lighting upgrades, and energy conservation measures. These initiatives pave the way for solar energy to provide clean electricity and offset greenhouse gas emissions.

Solar Protects and Lower Rates For All Ratepayers

You probably already know that if you have solar panels on your roof or property, you can protect yourself from rising energy prices; but did you know that even your neighbors who don’t have solar can benefit as well?

This is because as more homeowners and businesses install grid-tied solar PV systems, local utilities gain increased access to clean electricity and it reduces the demand on the grid for utilities to invest in new transmission lines. With reduced demand for new transmission lines, the benefit goes back to the ratepayer in terms of lower rates!

Solar and other forms of renewable energy create jobs for local Massachusetts residents. Solar energy creates over 4 times more jobs than other energy sources.  Solar energy is also local - solar jobs and the economic benefits they bring remain in Massachusetts! For example, during the economic crisis, employment in the clean energy sector grew up to ten times faster than employment in any other industry here in Massachusetts. Now, the clean energy sector employs over 109,000 workers across the state, with 68% of those workers earning over $50,000 per year.

Other forms of energy like oil and natural gas emit byproducts like sulfur dioxide, nitrogen oxides, and smog, which have been linked to symptoms like respiratory and cardiovascular distress. Solar, on the other hand, is a zero-emission energy source. This means that solar, along with other clean energy initiatives, can offer significant public health benefits — including potentially millions of dollars in savings per year in health care costs.

Considering installing solar on your home or business? Find out how solar energy can benefit you — and your local community! Call 617-858-1645 or contact us to get a free quote. 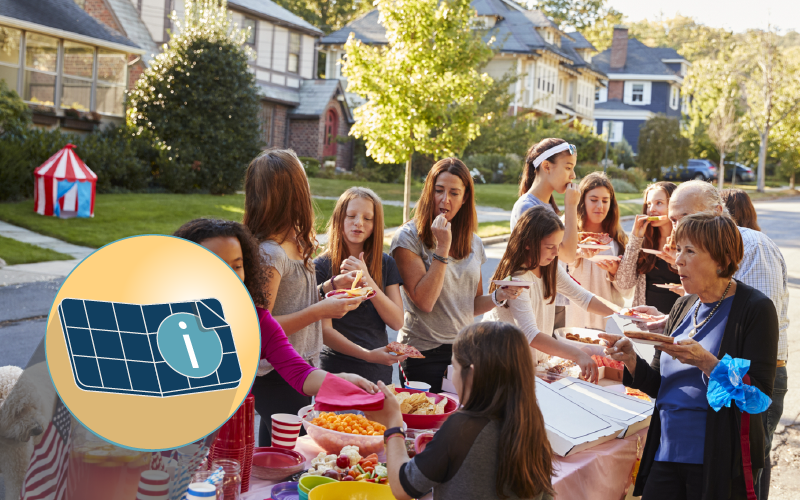