Get Up to Speed on the SMART Solar Incentive

Last November, we did a deep dive into the statewide SMART solar incentive program — a program which offers monthly financial incentives to home and business owners who purchase and install a solar PV system. SMART began accepting applications at the end of November, and applications are placed into declining capacity blocks on a first come, first served basis. The first capacity blocks offer the greatest solar incentives, which means that the sooner you have your solar installer submit your application, the more you can expect to receive in monthly incentives.

It’s been almost four months since SMART began accepting applications, and many home and business owners throughout Massachusetts have already applied. In most areas, there is still time to participate in the SMART program — especially if you are a homeowner. Here is a brief update on what SMART incentives are looking like throughout Massachusetts.

If you want to install a residential or commercial solar panel system and receive as much as possible in SMART incentives, it’s important to remember that capacity blocks are filling quickly. According to Unitil, as of March 13, those who install large commercial systems in the Eversource MA West and Unitil service territories are already being added to a waitlist. Time is also running out for installers of large commercial systems in the National Grid (Massachusetts Electric) service territory: 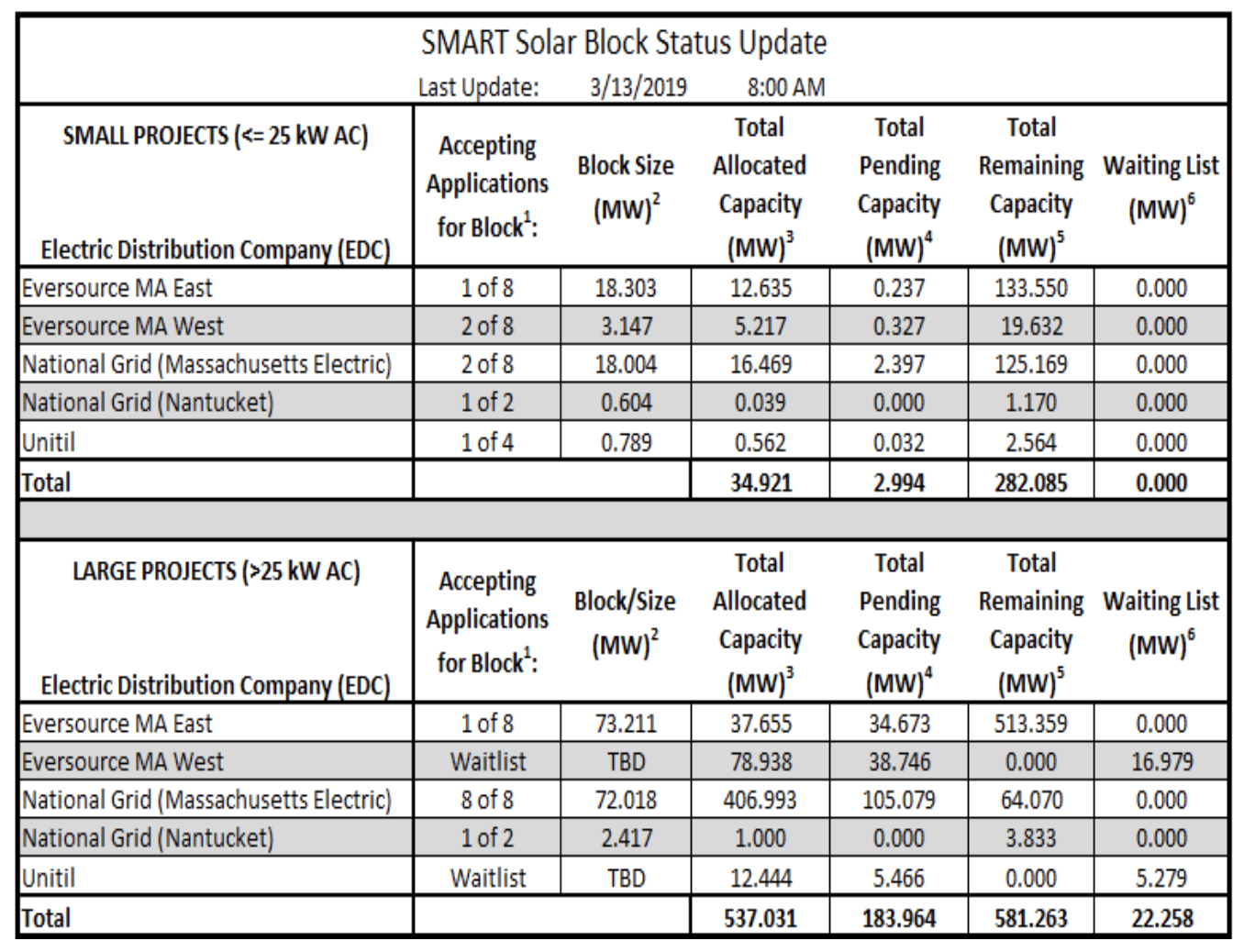 This table from Unitil shows which SMART capacity blocks are still open, depending on the utility company.

There Is Still Time to Qualify for SMART Incentives

Many of the first solar capacity blocks are still open — especially to Massachusetts residents who install a smaller residential system. This means you can still install solar and potentially receive the maximum amount of SMART incentives.

Meanwhile, homeowners in the Eversource MA West and National Grid (Massachusetts Electric) service territories — which cover much of Western and Central Mass as well as parts of the North Shore — can still qualify for block 2 SMART incentives.

As for businesses and other commercial entities that are considering solar, large commercial systems installed in the Eversource MA East and National Grid (Nantucket) service territories can still qualify for block 1 SMART incentives.

There is no telling when the financial incentives will run out in your area, so if you are considering investing in solar and want to receive as much as possible in SMART solar incentives, it pays (literally) to act quickly. And don’t forget, that by installing solar in 2019, you may be eligible to deduct the maximum 30% off your solar installation with the Federal Investment Tax Credit, or solar tax credit before it starts to diminish next year.

As Massachusetts’ number one Massachusetts based solar installer, with years of experience, also installing commercial systems, we’re here to help you navigate the process of installing solar and qualifying for SMART incentives.

Get the highest possible ROI for your solar PV system investment. Call 617-858-1645 or contact us to learn more about receiving SMART solar incentives! 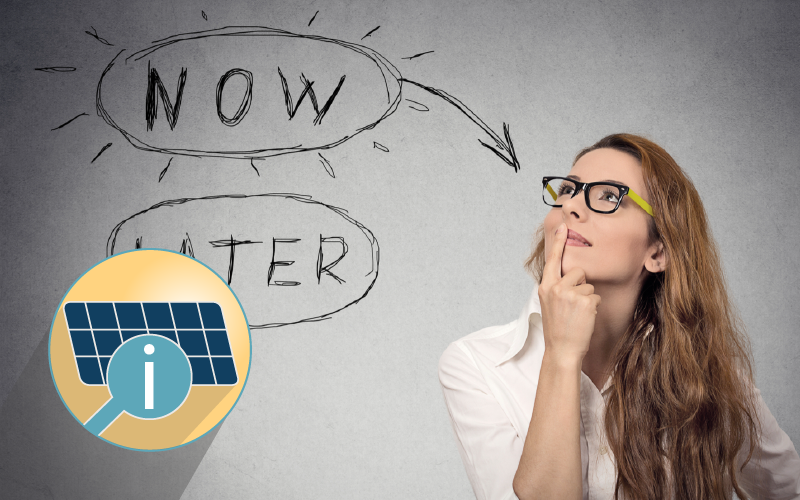