The man who inspired the ice bucket challenge is getting a helping hand himself, and it’s coming from a generous local company… and the sun.

Caring for Pete Frates in his family’s Beverly home is a 24-hour a day challenge.

Pete has ALS, Lou Gerhig’s disease. He needs not only round the clock nursing, but also a huge amount of technology – all drawing an enormous amount of electricity.

“They were taking a look at the meter and they said they’ve never seen a household with a meter running that quick,” says the elder Frates. “Pete no longer has the ability to control and regulate his own body temperature. So we have to keep it at a certain temperature and humidity, and in doing so, we have to run an awful lot of equipment.” 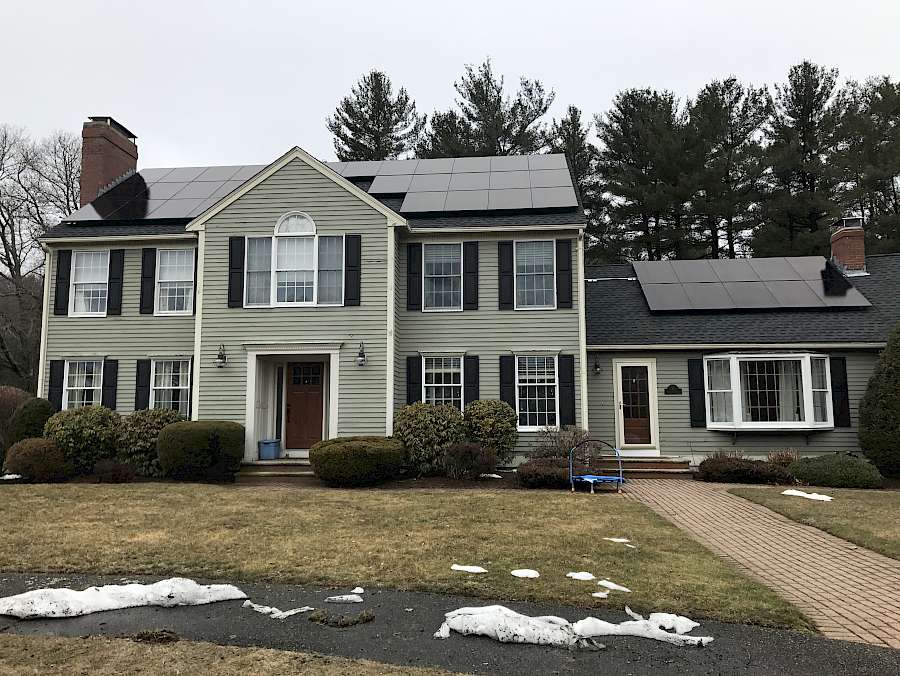 The Frates home in Beverly, MA complete with a 13kW solar panel system

That’s where Boston Solar comes in, donating a $60,000 solar installation to the family.

“With this system their bill should go from a thousand dollars a month to zero,” says Chris Buchanan from Boston Solar.

Buchanan met the Frates family when he and his wife were in a birthing class that also included Pete’s wife, Julie Frates. Buchanan realized he could help, and the Woburn-based company stepped up, and is also joining the fight against ALS.

“At Boston Solar, we believe in being good neighbors and kind of supporting the people who inspire us,” says Buchanan.

And Pete is the inspiration behind the Ice Bucket Challenge that caused thousands of people to take the plunge against the disease.

“With the ice bucket money, all those hundreds of millions of dollars, there’s got to be research which will lead to a treatment and an eventual cure,” says John Frates.

And that hope is what keeps the Frates clan going.

John told WBZ-TV his goal is to keep Pete from getting worse while the research he does so much to inspire searches for an answer.