Boston Solar, an award-winning solar installer based in Woburn, MA, has recently appointed Elijah Garrison as Director of Sales. 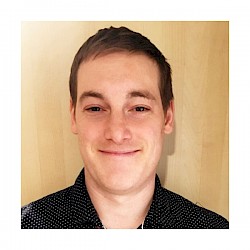 As Director of Sales, Garrison is part of Boston Solar's leadership team and will oversee and lead the company's dynamic team of commercial and residential solar consultants. His responsibilities include hiring, training, and mentoring solar consultants as well as pursuing business development opportunities to support the company's growth. Boston Solar markets, designs and installs residential and commercial solar, as well as energy storage and EV chargers throughout Massachusetts.

Before joining Boston Solar, Garrison was the owner of Garrison Point Consulting, LLC of Concord, NH, which was focused on helping business owners and homeowners make sound investment decisions in solar, storage and energy efficiency.

For five years previous to that, Garrison worked for ReVision Energy in Portland, ME and Brentwood, NH. Garrison was a top performer and rose through the ranks, starting out as Solar Design Specialist for a year before being promoted to Solar Design Leader. Two years later, he was promoted again to Director of Commercial & Institutional Sales and oversaw exponential growth for two years.

Throughout his career, Garrison's focus has been on green building, renewables and energy efficiency. He has been involved with a number of groups over the years including: the American Institute of Architects (AIA) New Hampshire Environmental Guild; the U.S. Green Building Council (USGBC); Clean Energy New Hampshire and New Hampshire Clean Tech Council. He is a former member of Concord, NH Chamber of Commerce.

Garrison resides in Concord, NH with his wife, two children and dog. He enjoys spending time with his family and outdoor recreation including hiking, snowboarding and soccer.

Boston Solar has been honored with the 2020 Guildmaster Award from GuildQuality for demonstrating exceptional customer service within the residential construction industry. For five consecutive years, Boston Solar has been recognized as a Top Solar Contractor by Solar Power World magazine. The company has also made Boston Business Journal's "Largest Clean Energy Companies in Massachusetts" List. Boston Solar is a member of Solar Energy Business Association of New England (SEBANE). The company is headquartered at 55 Sixth Road, Woburn, MA 01801.